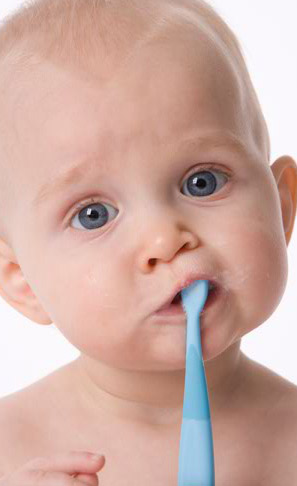 According to new recommendations provided by the American Academy of Pediatrics, (AAP) children should use toothpaste that contains fluoride as soon as teeth appear, no matter the risk of cavities. Experts go on to say that up to the age of three, only a very small amount of toothpaste is needed but then after age three, the amount would be increased just slightly.

A pediatric dentist or doctor should also apply fluoride varnish every three to six months as a means of protecting teeth. It is cautioned that children under the age of six should avoid using over-the-counter fluoride rinse due to risk of swallowing. These recommendations are made because of the growing problem of tooth decay in the United States.; In fact, this is the most chronic disease suffered by children. To prevent cavities, pediatric dentists agree fluoride is the best preventative measure.

However, while the AAP is promoting the use of fluoride in children, they do warn that excessive fluoride can lead to a condition known as “fluorosis”, which produces pitting and striae of the teeth. The children at highest risk for developing this condition are between 15 and 30 months old. For this reason, parents need to discuss the use of fluoride with a reputable pediatric dentist prior to choosing any product.

Typically, by age six months, children need to be seen by a pediatric dentist, who will at that time, identify any risks and make recommendations, which may include additional fluoride and/or fluoride varnishing.